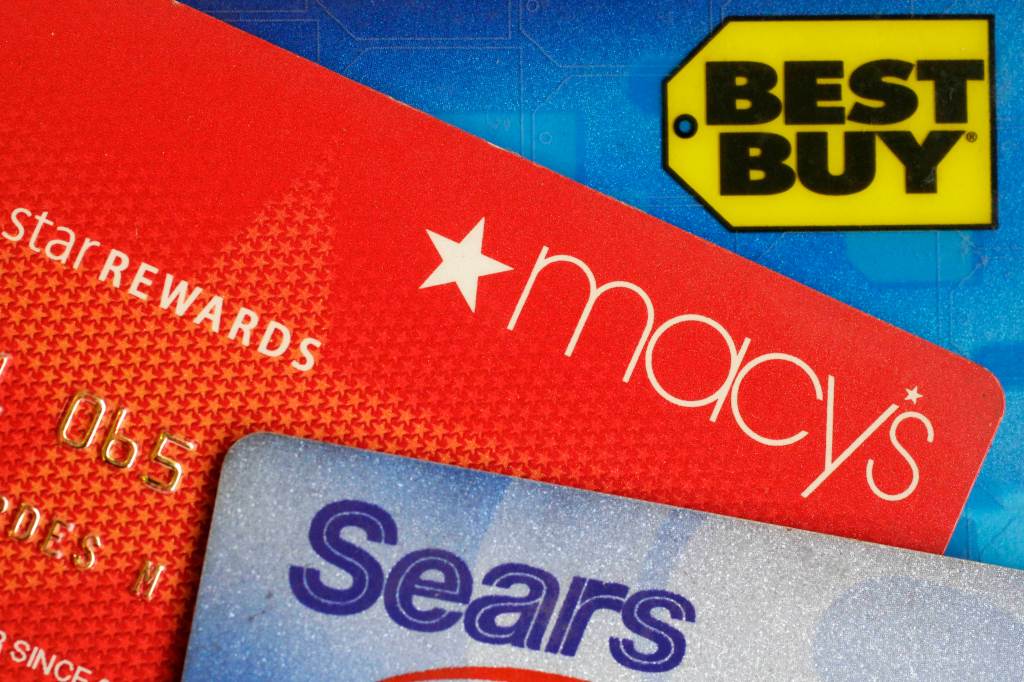 Clothing retailers sell more to their buyers than jeans and sweaters.

Major clothing companies also sell credit, often with very high fees, such as The Gap’s 21.7% starting interest rate and late fees of US$27-37. In 2019, Macy’s store credit card revenue of $771 million accounted for more than half of Macy’s operating profit.

As researchers studying clothing retail workers, we didn’t expect to know more about credit cards. When we asked workers about the worst part of their job, we expected to hear about low pay, inconsistent schedules, and rude customers.

These things are important, but many workers have identified warrants for pushing credit card requests on customers as the worst part of their job. None of the retailers mentioned in this article responded to requests for an explanation of their corporate policies regarding consumer store brand credit.

Why do workers find this task so disturbing?

Our research shows that they know – sometimes from personal experiences – how credit cards can ruin someone’s finances.

“Credit cards have a 25% interest rate, and people don’t always read that,” said Elise, a woman who had worked at Target. “They saw it as ‘something else I can use to pay later and not have to pay money now’.”

A Gap customer who buys $300 worth of clothing and pays the monthly minimum of about $25, will pay off that purchase in 14 months and pay over $40 in interest. If they miss a single payment, they’ll likely pay over $75 in interest and fees.

Gabe, another American Eagle employee, describes his store’s credit card as “a Visa card with the American Eagle logo at an extremely high interest rate,” explaining that only “gullible” customers sign up.

Credit card debt can cause significant problems. Many people have to work multiple jobs just to manage their debt.

Being late on credit card bills often results in higher interest rates and late fees, making it even harder to pay off debt. Those who go bankrupt to pay off their credit debt may not be able to take out loans to buy a car or a house for a decade or more.

Credit also has the potential to exacerbate inequality. Federal Reserve data on credit denials also shows that for people at the same income level, black and Hispanic consumers are more likely to have their applications denied.

In about half of the 35 clothing retail stores we studied, cashiers are expected to prompt all customers to apply for a store credit card. Workers cannot refuse to sell credit cards while working shifts on ledgers.

During our research, we found that management monitors these sales by using electronic monitoring to identify exactly how many credit cards each worker has sold during each shift. Management monitors how individual workers and stores sell credit through cash register data.

Tara, a shift manager at American Eagle, said she had to sell 2.5 credit cards for every 10 checkout transactions.

Our research found that those who go above and beyond — for example, selling five credit cards during a normal shift — can get a gift card, a $1-$5 bonus, or a pack of gum. Stella, a Macy’s employee, explained, “We get credit for people who aren’t even approved for applications.”

Most of the workers we interviewed said that if they didn’t sell enough credit cards, they could end up off work and out of work.

Workers shared our surprise that many did not expect clothing retailers to place as much emphasis on selling on credit as on selling clothes.

As Melissa, a sales associate at JC Penney, told us, “Surprisingly, our main focus is credit inquiries. They really bring it home. They want as much as possible.

Retailers tout that credit cards offer discounts on merchandise, are easier to obtain than traditional credit cards, and allow customers to build a credit history.

Yet managers rarely admit to workers that credit cards lead to profits. Nicole works at Nordstrom Rack and recalled being asked by her manager, “’Do you know why we have a credit card?’ … I was just, like, ‘So you can make money with interest?’ They were, like, ‘Well, a lot for the brand awareness and to remind people if they have the card in their wallet that they could come to our store.’

While Nicole thought credit cards were about increasing profits, her manager corrected her by focusing on “brand awareness” instead. According to Nordstrom’s annual report, credit card revenue brought in $387 million in revenue in 2021, compared to $14.4 billion in apparel sales.

Many workers, like Carmen, a woman with nearly two years of retail experience at Sears and Free People, struggle to sell something she thinks may harm customers. In his opinion, credit cards “are the worst thing ever”.

“It’s like trying to push something that you’re trying to make look like it’s something so good,” she said. “But in the end, that’s not the case. It’s just another way to spend money.

The workers realize, as does Grace, a TJ Maxx employee, that financially “it makes sense, but morally…it’s not what’s best for our customers”. She then explained, “If they want to buy our products, that’s their choice, but if we charge them interest rates, that’s something else. It seriously pisses me off.

Marty has worked at Target for 3 1/2 years and worries the same way: “I just hear stories of…getting people who have food stamps to sign up for these credit cards, which will hurt their credit, and they know they’re going to get denied…but (the managers) keep, like, pushing it. And it’s just, like, was it ethical to do that?

Some workers are trying to resist these mandates. Grace, the TJ Maxx employee, said, “These women come in and they’re like, ‘Well, I’ve been turned down twice already. Oh, I’ll just try again. And I’m like, ‘No, don’t try again because that’s going to hurt your credit even more and that’s bad.’ »

Corinne has worked for over five years at retailers including JC Penney and Forever 21. She has also resisted pressure to sell credit, saying, “I preferred not to be listed…because I don’t ask usually not to people.” Corinne avoided the register rather than be disciplined for not asking customers to apply for credit cards.

Even Angela, who works at Old Navy and says she “loves selling credit cards,” pointed out, “It’s the one value in this store that I just don’t align with…worst part of the work.

Our research reveals that retail workers, despite working in low-paying jobs with unpredictable hours, often view credit card sales as the worst part of their job. And that’s because they have empathy for customers and want to help them, not lead them to financial ruin.

This article is republished from The Conversation under a Creative Commons license. Read the original article.

2022-04-19
Previous Post: Governor Baker could embrace electric power, as state pushes to cut emissions
Next Post: The PlayStation 5 is back at Best Buy for in-store pickup (Update: Out of stock)