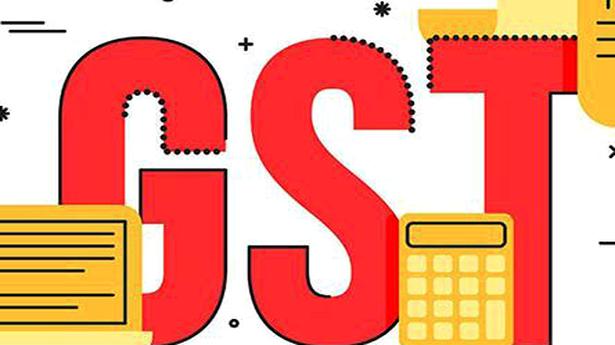 Hotel rooms with rate up to ₹1000/day, maps and maps including atlases will attract 12% GST

Hotel rooms with rate up to ₹1000/day, maps and maps including atlases will attract 12% GST

Customers will have to pay 5% GST on prepackaged and labeled food items like atta, paneer and curd, in addition to hospital rooms with rent above ₹5,000 from Monday with entry into effect of the decision of the GST Board.

Additionally, hotel rooms with a rate of up to ₹1,000/day, maps and charts including atlases will be subject to a Goods and Services Tax (GST) of 12 %, while 18% GST will be levied on tetra packs and fees charged by banks. for issuing checks (bulk or in pounds).

Last month, the GST Board, chaired by Union Finance Minister Nirmala Sitharaman and made up of her state counterparts, pruned the list of exemptions and imposed a tax on a host of goods and services.

The Council, based on an interim report by the Group of Ministers (GoM) on rate rationalization, had also abolished duty inversion for goods where taxes on inputs were higher than those on output.

Tax rates on products such as printing, writing or drawing ink; knives with cutting blades, letter openers and pencil sharpeners; LED lamps; drawing and marking instruments will be increased to 18% on Monday, from 12% currently, to correct the reverse duty anomaly.

Certain services such as works contracts for roads, bridges, railways, the metro, effluent treatment plants and crematoriums will also see the tax rise to 18% from 12% currently.

In addition, taxes will be reduced on ostomy appliances and on the transport of goods and passengers by ski lift to 5% from July 18, instead of 12%.

Truck rental, freight transport where the cost of fuel is included will now attract a lower rate of 12% from 18%.

The GST exemption on air passenger transport to and from the North Eastern States and Bagdogra will be limited to economy class only.

Services rendered by regulators such as RBI, IRDA and SEBI will be taxed at 18%, as will the rental of residential accommodation to commercial entities.

Furthermore, individuals will only be able to claim the GST exemption for training or supervision in recreational activities related to the arts, culture or sports.

Also, electric vehicles, whether or not equipped with a battery pack, would be eligible for the preferential GST rate of 5% from July 18.

The government has now notified that all such clinical establishments including hospitals, nursing homes and sanatoriums will be required to pay tax on gross room rents which exceed ₹5,000 per day.

“The striking question that comes to mind regarding the amendment is that since the treatment provided by medical establishments is a composite supply, different elements of the transaction in question cannot be artificially vivisected to impose new tax liabilities. underlying notification appears to be ultra vires the section 8 provision which imposes a single tax on all composite supply transactions,” Mohan added.