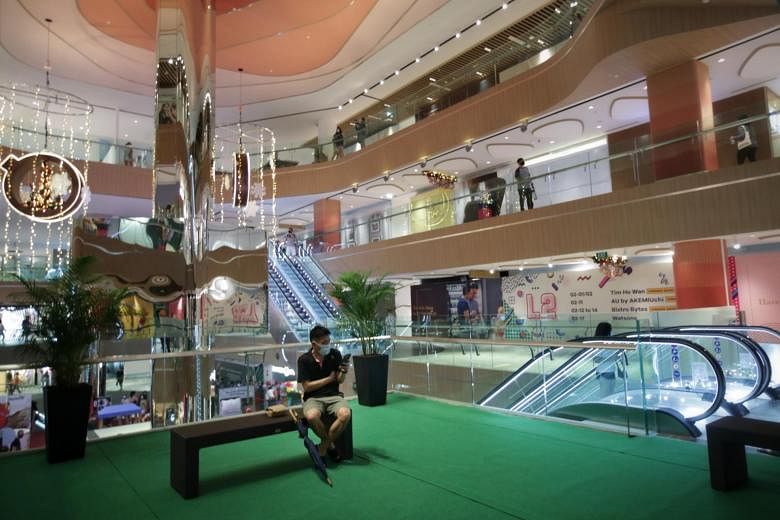 New treats in store as i12 Katong mall gradually reopens

SINGAPORE – A refurbished shopping mall on the east coast and in the Katong area has plenty of surprises in store, including Singapore’s first medical co-working space, a Golden Village live theater concept, as well as a dog club and daycare.

The concepts are part of the offers for the gradual reopening of the i12 Katong shopping center in Keppel Land, which closed for renovation in early 2020.

The new center began operations on Thursday (December 23) and will eventually have 180 stores when it opens its grand opening in March of next year.

i12 Katong started out in the 1980s as Katong People’s Complex before being relaunched under its current name in 2011.

A unit of Keppel paid around $ 56.6 million in 2018 to take full control of the center, which includes six levels of retail and lifestyle stores, and two levels of underground parking.

Keppel said the mall underlies its goal of improving its retail offerings and transforming them “into future-ready, smart and sustainable retail centers.”

The new mall will also incorporate energy efficient features such as LED lighting and water efficient appliances. Charging stations for electric vehicles will also be installed in the car parks.

There will also be a digester to break down discarded food and other items and convert them to compost or liquid waste.

The mall will also feature art exhibitions in partnership with the local Sound of Art gallery.

The mall will also host the first store for sportswear retailer Lululemon in the East.

A specially curated lifestyle zone called Pop Palette will open in Q1 2022 alongside Bistro Bytes, a kitchen that allows consumers to order food through the mall’s app for delivery or take out.

Keppel Land has also worked with M1 to transform i12 Katong into a 5G-capable shopping mall.