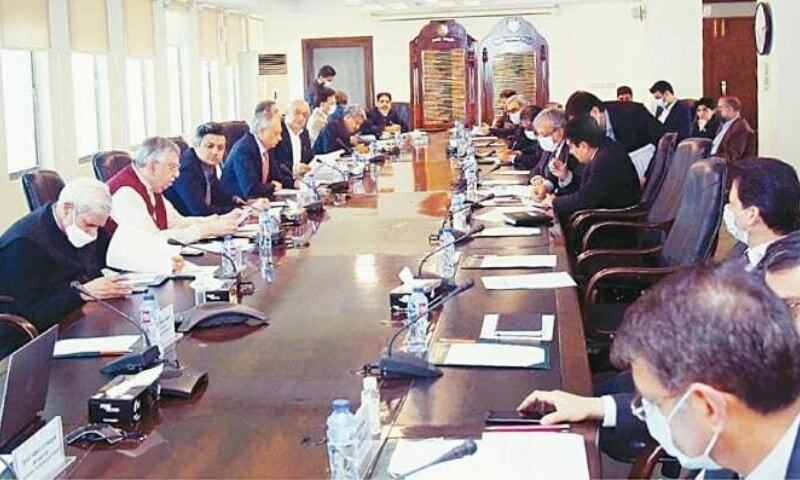 Imports of 30 items increase by 142pc in November – Journal

ISLAMABAD: Imports of the top 30 items jumped more than 142% year-on-year in November due to rising commodity prices, mainly oil in the international market and the depreciation of the rupee, said a senior official Dawn.

The import bill for energy, steel and industrial raw materials grew, while high vaccine imports also contributed significantly to the increase in the import bill for November compared to the previous year. is one year old.

The total import value of these 30 products in November reached 696.346 billion rupees against 287.131 billion rupees in the corresponding month of last year, registering a growth of 142.52pc.

The share of these products in total imports was over 53pc.

The country’s overall imports also increased by 98% to reach Rs. 1,362 billion in November from Rs 686 billion in the corresponding month last year.

LNG imports also increased by 101.94 percent to 72.372 billion rupees from 35.837 billion rupees last year. The increase in LNG prices coupled with the massive depreciation of the rupee increased its import cost in November.

The import of bituminous coal also increased by 120.36% to 41.339 billion rupees from 18.760 billion rupees last year. Coal is used in many industries including steel, electricity, etc. A massive increase in the value of palm oil and palm olein imports has been observed.

In November, the government spent Rs31,482bn to import vaccines against Rs3,602bn last year. Vaccines have been imported to immunize people against Covid-19 while the focus of the campaign has been shifted to schools with children aged 12 and over.

The import of wind machine equipment amounted to Rs7.349bn compared to no imports during the corresponding month of last year.

The import of heating oil showed growth of 243pc to Rs6.457bn in November for power generation against Rs1.881bn last year. This massive increase is due to the lack of LNG in the country.

Likewise, the import of vehicles under CKD / SKD conditions reached 30.152 billion rupees in November against 7.878 billion rupees compared to the corresponding month of last year, an increase of 282.7 pc.

Import of LPG also saw an increase of 78.63pc to Rs9.320bn from Rs5.217bn over the last year. A massive increase was noted in imports of raw materials and chemicals used in several industries.

The meeting was informed that the pressure on the import bill was mainly due to the high world prices of raw materials, especially energy, steel and industrial raw materials.

The forum also noted that the high imports of vaccines contributed significantly to the increase in the import bill.

In addition, he was informed that there will be less importation of food, fuel oil and vaccines in the coming months, which will significantly reduce the pressure on the commercial invoice in the second half of the fiscal year. In progress.