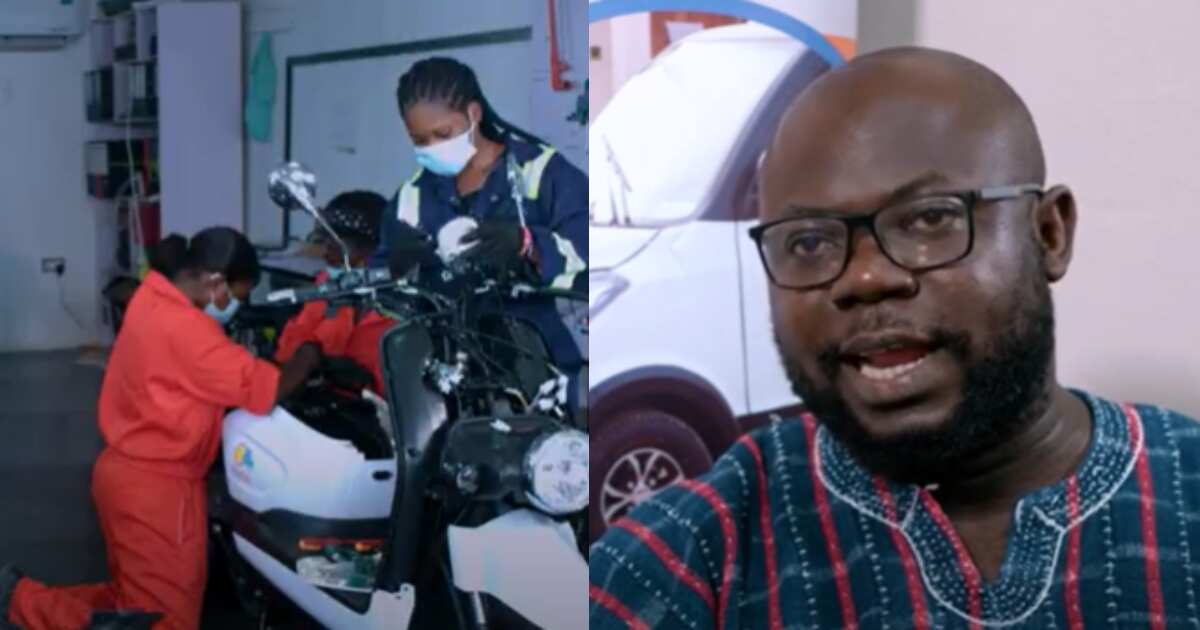 Ghanaian man invents electric-powered taxis and 80% of his staff are women YEN.COM.GH

PAY ATTENTION: Click “View First” under the “Next” tab to see YEN.com.gh news on your News Feed!

Solar Taxi CEO Jorge Appiah gave an interview to Energy Quest TV where he shares his story of building a sustainable transport brand in Ghana.

Jorge Appiah said his company makes taxis that rely solely on solar power and is staffed 80 percent by women.

When asked why he has a high female employment rate, Jorge replied;

“When you go into a business where 100% of them are men, don’t you ask yourself why men? So we don’t know why we should answer why of women? As long as they are competent and deliver results, that is all that matters “

The CEO of Solar Taxi hinted that the early stages of his life helped shape the things he wanted to accomplish in life.

Growing up with her grandmother in Asaamankese, there was no electricity in the house, and this challenge helps her focus on finding sustainable energy solutions.

“I promised my grandmother that one day I will come back and supply the house with electricity,” he added.

The size of the company

The overall human resource is 64% of which 60% engineers and 40% administrative.

The end goal, according to Jorge, is to provide affordable transport to contribute to sustainable development, and the intention is to do so in a more sustainable way that will not come at the expense of the environment. Jorge had more to say about his business and his studies.

Watch the full video below;

In an interview with BBC Africa, seen by YEN.com.gh on the organization’s official Twitter account, it is stated that the three women have created an all-female company called Solar Taxi, under whose auspices the productions are made.

In addition to Solar Taxi, the women engineers have also created the Female Engineering Academy, which is a training center for young women on the assembly of solar-powered electric vehicles.