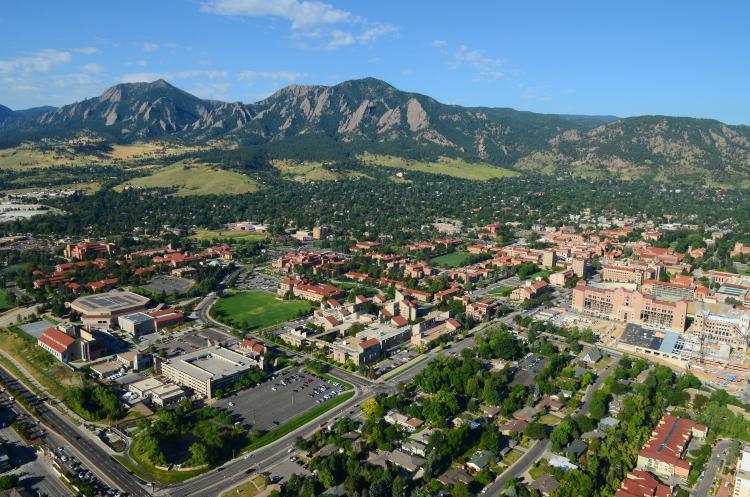 The University of Colorado at Boulder and the City of Boulder announced Thursday, February 2 that they have finalized the terms of an agreement, subject to city council approval, for future electric utilities if an electric utility owned by the city was beginning to provide services to customers in Boulder. .

This agreement does not represent a position for or against the municipalization of electrical services by the city itself. The university administration felt it had the financial responsibility to ensure that UC could continue to operate effectively for the benefit of students and researchers in the long term. Achieving financial stability, with reliable power that can support the number of people living on campus and the required teaching and research facilities / equipment, was a key goal. CU Boulder is inextricably linked with the city, and unlike all other nonprofits and businesses, can’t and wouldn’t leave Boulder.

Under the terms of the agreement, CU Boulder would agree to purchase electricity from the city’s utility and would continue to work with the city and other partners on innovative projects that support clean energy and those that support the city. ability of the city and the university to recover quickly from an adverse event, in other words, to improve our mutual resilience.

The city, in turn, is committed to maintaining or improving the reliability standards that the university already has in place, providing CU Boulder with increased financial stability through an agreed fee structure, and creating an opportunity for CU Boulder to regularly engage the city on system improvements and reliability.

As part of its exploration of creating a municipal electric utility, the city filed an amended application last fall with the Colorado Public Utilities Commission (PUC) outlining its plan to acquire the distribution system. local of Xcel. The PUC is expected to rule on Boulder’s separation plan by June 15.

CU Boulder has actively monitored the city’s municipalization efforts over the past several years and is a stakeholder in the city’s PUC file. The two began negotiating the new electric services agreement last fall. Under the agreement, which will be presented to city council on February 7, CU will not take any position on the municipalization or the city’s ongoing litigation, unless changes are made at the city’s request that would have a negative impact on CU Boulder. In this case, the university reserves the right to raise these concerns after consulting the city.

The city’s vision for the provision of electric services is to achieve various clean energy goals, including creating a path to 100% clean electricity by 2030. But the city has also remained. open to partnering with Xcel to achieve these goals. If the city does not choose to acquire the system from Xcel and provide its own electrical services, CU Boulder will continue to purchase electricity from Xcel.

“CU Boulder’s interest was in ensuring that its core needs for reliability and price stability were met,” said David Kang, vice chancellor for infrastructure and security at CU Boulder.

“This agreement allows us to be responsible stewards of the university, while recognizing our common goals. As a campus, we see significant value in clean and locally produced energy, energy efficiency, sustainability and improved resilience. It is a great opportunity to work together towards this common vision. “

The collaboration between CU Boulder and the city on innovative energy initiatives has already begun, with the pair leveraging federal Department of Energy dollars for: campus-wide renewable energy and resilience analysis, opportunities to leverage smart energy technologies to improve reliability and efficiency, an on-campus microgrid is CU and initiatives that will improve community resilience with potentially significant environmental costs and benefits.

Examples of other partnerships and projects that CU and the city could undertake together include electrified mass transit on campus, the incubation of new clean energy technologies, and collaboration with federal labs and the private sector on campus. other sustainability and resilience projects.

The new agreement will be in effect for 20 years from the time the city acquires the Xcel distribution system. If the city does not acquire the system within seven years, the city’s contract with CU Boulder will end, unless otherwise agreed.

The agreement recognizes that CU is a unique customer and a key institution in Boulder. The university campus accommodates over 7,000 students and employs over 10,000 people.

Given CU’s state institution status as a non-profit organization, with the directive to keep tuition fees low and education and research levels high, the deal provides some stability. campus tax. It describes a pricing structure that allows CU Boulder to select the city rate or Xcel’s current rate every three years, providing stable cost projections.

“CU Boulder is in a class of its own, and we’re excited to make this deal,” said Heather Bailey, executive director of energy strategy and electric utility development for the city. “It both gives us a higher level of certainty about how we would operate in a customer-supplier context. This clarity is useful when planning our future electric utility.

“I also look forward to partnering with CU Boulder to promote one of our community’s strongest values, innovation, as we seek ways to support clean energy and improve resilience. can accomplish so much as a team. “