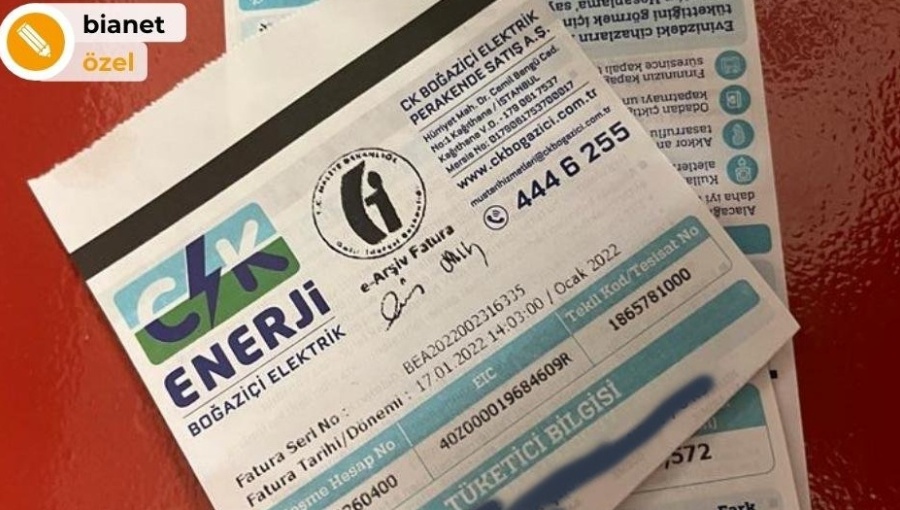 The anger felt in Turkey over the sharp rise in electricity prices amid the country’s turbulent economy has reached the point where some shop owners have started displaying their electricity bills in their windows in protest.

Earlier this week, Turkish companies stepped up their demands for the government to cut electricity tariffs subject to a final round of steep increases since the start of the year. An aide to President Recep Tayyip Erdogan has promised measures will soon ease the burden of high utility bills that are hurting both businesses and households. The companies seem determined to push for the action to be meaningful.

The difficulty for Turkey is that it is dragged into an economic crisis in which the value of the Turkish lira has collapsed and official annual inflation has reached 49% (with unofficial estimates claiming it is as high as 115% ), while at the same time the country, which depends on energy imports, can only step back and watch world gas prices soar to record highs.

“Our demand is for electricity prices to be reduced and for the government to protect businesses, especially small businesses,” said Rifat Hisarciklioglu, head of the Union of Chambers and Commodity Exchanges, TOBB.

The trade association represents small and medium-sized businesses, which are one of the main bases of support for Erdogan and his ruling Justice and Development Party (AKP).

Some business owners protested on Twitter. “I pay 4,000 TRY in rent per month but my electricity bill is 23,000 TRY,” tweeted a restaurant owner in the western province of Manisa.

A large sign hung outside a pizzeria in the southern province of Antalya read: “This restaurant was charged 28,000 TRY.” Another nearby restaurateur said he paid TRY 21,000 for electricity in December and almost TRY 49,000 in January, while the electricity bill for a cafe that featured in the local press rose from TRY 5,900 to 27,000 TRY in one month. “We are closing bankruptcy,” read the cafe window.

Members of Turkey’s Alevi religious minority have reacted to rising electricity prices by saying they will refuse to pay the electricity bills of the cemevis where they worship. “Come cut off our electricity. Our cemevis are not business premises, they are our places of worship,” Alevi Federation leader Celal Firat said on Twitter, where he posted a 30,000 TRY electricity bill due. through his Alevi association.

Mayors of 11 cities, including Istanbul’s Ekrem Imamoglu, have joined the government’s call for action to ease the “unbearable” burden of rising energy prices. “Significant cost increases now make it difficult for local governments to deliver services,” the mayors said in a joint statement.

Ibrahim Kalin, Erdogan’s aide who has pledged to take action to help, said help would be forthcoming soon. “The president has instructed officials and is monitoring this matter closely,” Kalin told a private broadcaster. However, he did not specify what type or level of action would be taken, or when.

Earlier this week, a survey by Ipso found that 55% of Turks struggled to pay their electricity bill. About 46% of survey respondents also said it was difficult for them to meet natural gas expenses, while 48% and 40% complained about clothing prices and food prices, respectively.

According to 86% of respondents, Turkey’s main problem was the economy while only 6% thought it was the COVID-19 pandemic.