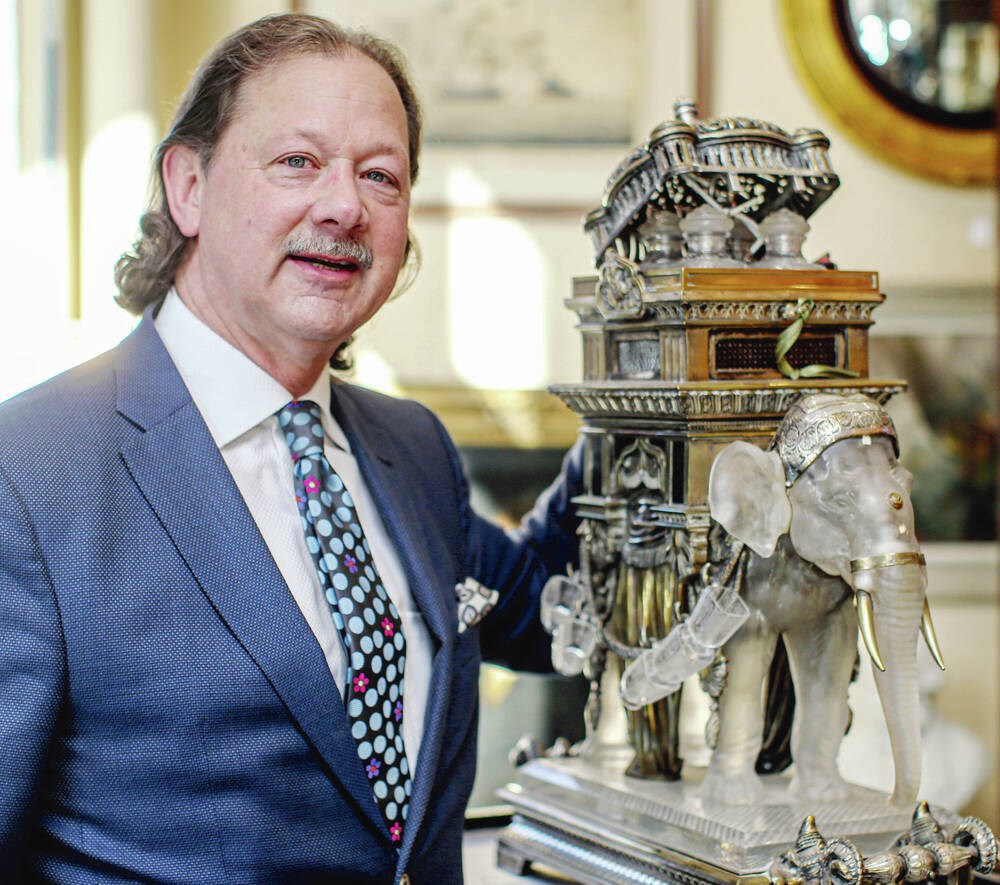 A Baccarat crystal and bronze elephant liquor box made in France more than 140 years ago sold for $120,000 at auction on Tuesday night.

A Baccarat crystal and bronze elephant liquor box made in France more than 140 years ago sold for $120,000 at auction on Tuesday night.

The rare piece once owned by American industrialist George Westinghouse was expected to sell for between $50,000 and $100,000 but sold for more despite minor condition issues, said Peter Boyle, owner of Lund’s Auctions and Appraisals , based in Victoria.

Boyle said an American bought the Baccarat piece at the online auction and would likely spend an additional $50,000 to restore it. The 2-foot-tall, 80-pound elephant had a small piece of its truck broken, but the one-inch-long section was included in the sale.

Boyle believes the piece is based on a similar Baccarat elephant created either for the 1878 World’s Fair in Paris or shortly after that event, around 1880. Baccarat is a French luxury brand and crystal manufacturer dating back to 1764.

The elephant would have been a special order, he said. The liquor basket holds four decanters. The upper part of the palanquin or litter covered with the elephant with its bottles can be lifted and replaced by a vase monogrammed Baccarat, which was part of the offering.

The design on the vase features two interlocking “W”s for Westinghouse and Walker – Westinghouse’s wife was Marguerite Erskine Walker. Boyle said a symbol below represents Erskine Park in Massachusetts, where the couple had a summer home.

Boyle believes the elephant was a wedding present or a special gift exchanged between George and Marguerite.

Westinghouse, who died in 1914, was a pioneer in engineering and electricity and held over 300 patents.

Boyle said there were more surprises at Tuesday’s auction.

“You never know,” he said Wednesday. “There may have been more to them than we knew… They might have come from an Imperial royal palace for something.” It’s hard to know. »

A book titled Our journal in the Pacific by officers of HMS Zealous and an album of six photos showing early settlements in Victoria and Esquimalt fetched $13,000 for a British Columbia buyer, well beyond estimates of $2,000 to $3,000.

— With files by Carla Wilson

2022-04-28
Previous Post: The most expensive items you should never buy at an airport – Best Life
Next Post: The MorningSave Daily Deals TV segment has turned into a store in Plano