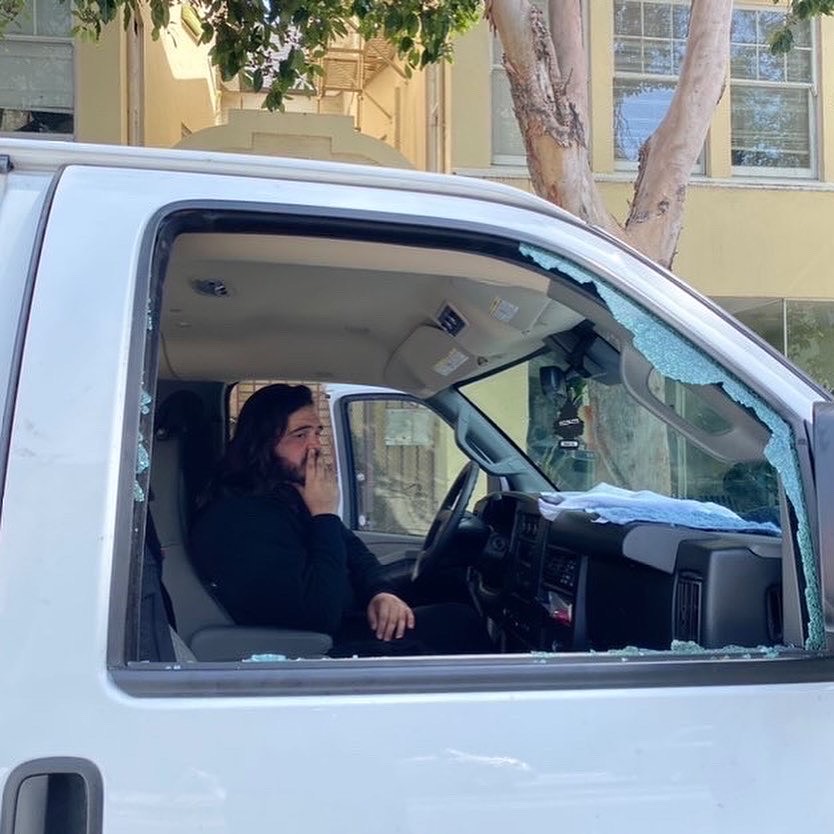 Members of a Venezuelan punk band tell SFGATE that thieves smashed the windows of their tour van in downtown Oakland on Monday afternoon and stole $12,000 worth of items including computers , music equipment, passports, green cards, social security cards and $1,000 in cash.

Zeta band member Antonio Pereira said the van was parked near 17th Street as he, four other band members and a few friends were having lunch at the Japanese fried chicken restaurant Aburaya. One person stayed behind to watch the van, said Pereira, who plays electric bass for Zeta.

After lunch, they all went for coffee at the nearby Timeless Coffee, and the person watching the van joined them.

“It must have been 10 or 15 minutes since we left the van alone,” Pereira said. “They took three backpacks, the money we had on us that we put away for emergencies, our computers. I’m a graphic designer when I’m back home, so losing my hard drive was the hardest part. more difficult. A passport….which for Venezuelans is a huge loss because it is very complicated to get a passport.”

Zeta, a 20-year-old musical group made up of Venezuelan and American members whose sound has been described as “Psychedelic Caribbean”, has been touring the United States for five weeks and performed at Bottom of the Hill in San Francisco on Saturday. Pereira said they were staying in Oakland with friends who are in Hawak, a local band that also played club SF on Saturday.

“The group is vegan and the last time we were here our friends brought us some vegan fried chicken from the restaurant and it was great so we decided to go there with the van,” Pereira said. “It’s not that we let our guard down…where we parked was very close to where we went to eat.”

Pereira said that when they performed at Bottom of the Hill, they were warned not to leave anything in their car while they performed.

“We think people may have seen us get out of the van,” he said. “It’s hard to deal with it. There were a lot of really valuable things there that they got, but they didn’t get any of our instruments.”

Despite the loss, Pereira said they were lucky and the group will be able to redeem the stolen items through a GoFundMe that raised over $13,000.

“We are all very hard working people and we pride ourselves on being self-sufficient,” Pereira said. “In one day, we achieved what we asked for. We’re floored. We’re still processing it…just the kindness and love given to us.”

Despite the flight, Pereira said the group would return to the Bay Area.

“We won’t let that taint how we feel because honestly you all have something special to do,” he said. “The city has such a personality. Honestly, we love it, so it really broke our hearts. We’ll definitely be back, but next time we’ll be more careful.”

Members of the group filed a police report, and the Oakland Police Department confirmed that a car burglary was reported to the department after 3 p.m. on April 4. The department said details of the case could not be shared because he has not yet been assigned an investigator.