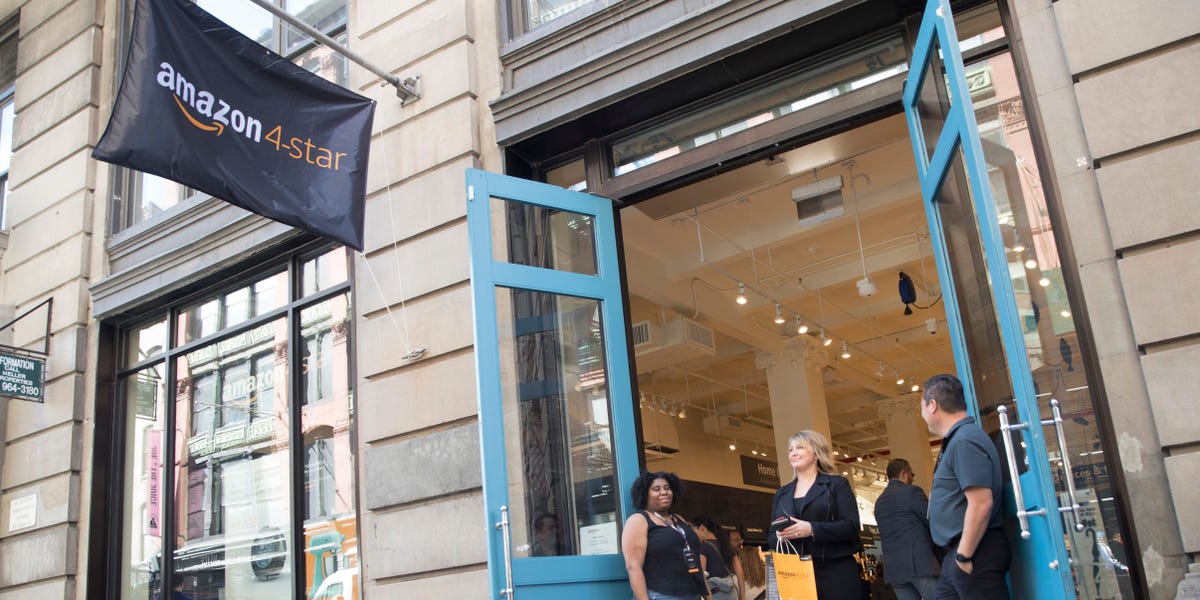 Hello, readers. Amazon is closing some of its physical stores and Apple is expected to drop a handful of new products next week.

If this was forwarded to you, register here. Download the Insider app – click here for iOS and here for android.

1. Amazon is closing dozens of its physical retail stores. The e-commerce giant is closing all of its Amazon Books, Amazon 4-Star and Amazon Pop Up stores in the US and UK, Reuters first reported.

Here’s what else we know about closures.

2. Google wants employees back in the office in April. The company told workers in the Bay Area and elsewhere in the United States that they should plan to return to the office three days a week, starting April 4. We have the full recap here.

3. Instagram’s Explore page is turning young women into micro-influencers — and not necessarily by choice. The women told Insider that while being featured on the app’s Explore page led to deals with the brand, they also felt compelled to become influencers and post “thirst traps.” Here’s what some users told us.

4. Epic Games acquires Bandcamp. Epic, which is perhaps best known for its “Fortnite” video game, announced on Wednesday that it would buy the music platform. What we know about the acquisition so far.

5. Facebook’s outgoing CTO is giving up nearly $50 million to move into a new role. Longtime executive Mike Schroepfer, who works part-time as a senior fellow, is “wailing” more than 232,000 restricted stock units, or about a third of the Facebook stock he owns directly. Learn more about Schroepfer’s new position.

6. In the Ukrainian news: Tesla is offering free electric vehicle charging stations in neighboring countries for those fleeing Ukraine, Snapchat has banned ad sales to Russia, and Ukrainian officials are trying to get Russia off the internet.

7. See the resume that got this person a job at Google without networking or referrals. While still in college, Jerry Lee landed an internship with the search giant and stayed for three years. He told us that a strong resume is one of the most effective ways to stand out to recruiters. Check out his resume, which he reviewed about 20 times, here.

8. An investigator asked Mark Zuckerberg to circle traffic lights on a piece of paper to prove he is not a robot. Zuckerberg has long told jokes that he acts like a robot, so an interviewer had him complete a CAPTCHA, the online test that proves a user is human. Learn more about Zuckerberg’s robot test.

9. Get ready: New Apple products are expected on March 8. The company has announced its next digital-only event, dubbed “Peek Performance,” where a new iPad Air and iPhone SE with 5G are set to debut. Here’s what products could drop next week.

10. Ford stopped Elon Musk from using a specific name for new Tesla vehicles. Now the auto giant is restructuring and using the name of its new division. Ford splits into two automotive activities: one for thermal vehicles and one for electric cars. The latter will be called Ford Model e. How Ford made Tesla call its third car the Model 3, not the Model E.

What we’re looking at today:

Keep up to date with the latest tech news throughout the day by checking out The Refresh from Insider, a dynamic brief audio from Insider’s newsroom. Listen now.